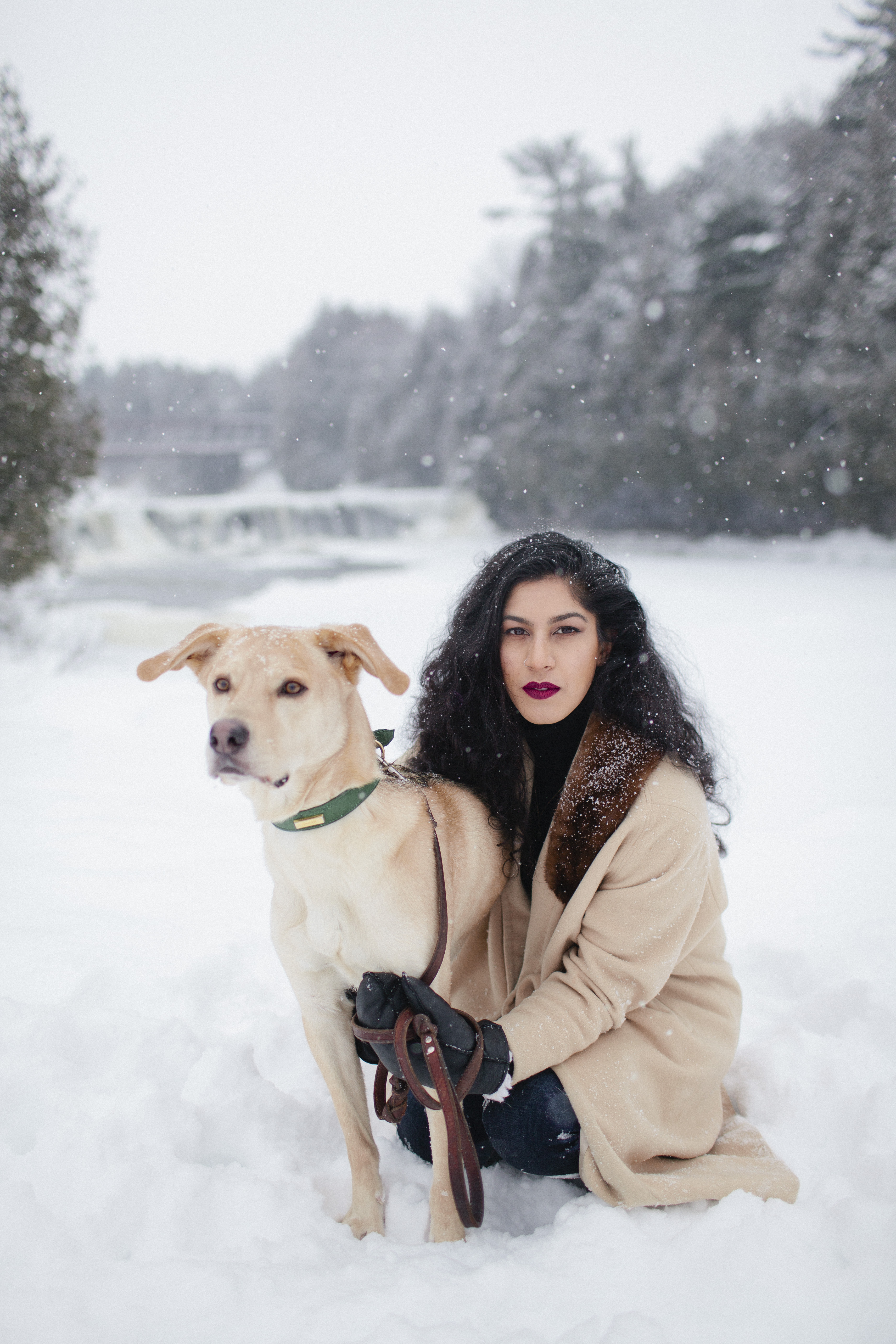 Holding a cup of tea in one hand and petting her dog with the other, Mariam Walliji is the picture of success - at least, her definition of success. As she reflects on recently joining the Women of Ontario Social Enterprise Network (WOSEN) and Pillar Nonprofit Network team, it becomes clear that Mariam’s story is anything but linear. Her purpose is not bound up in societal expectations; so much so that, following what she warmly calls an existential crisis, she rejected her acceptance to medical school and travelled to France to try her hand at farming. This path would eventually lead her back to London where she now supports women-identified and gender non-binary social entrepreneurs as our Social Enterprise Specialist and Coach. It’s safe to say Pillar is thrilled to have her on the team.

“Being an entrepreneur means so much more than running a business. How do you take care of yourself and your business? How do you not commodify yourself, particularly if your business centres on you as a human?” Mariam states enthusiastically. “I have the background for the business side of things, but I am also really interested in supporting entrepreneurs in being whole humans.”

Mariam’s focus on relationships is what first excited Pillar’s Social Enterprise Program Manager and Coach, Rachel Berdan, about having her on the team. Similar to how Mariam redefined success for herself, the work of the WOSEN program involves reframing the measures that determine a ‘profitable’ enterprise. While growth in the for-profit sector is often determined by finances, WOSEN is interested in less quantifiable metrics, such as when an Indigeous woman employs other women in her community or revitalizes her language through the naming of her business. As Rachel emphasizes, this program excels through an “openness to relational ways of working”.

That’s where Mariam comes in. Her role with WOSEN is two-fold: she supports social entrepreneurs through one-on-one coaching and she extends support to coaches facilitating work in their own communities who may not have access to programming or financial support otherwise. With this approach, WOSEN moves away from a tendency within the nonprofit and social enterprise sectors to take the lead and claim space before looking around to see who is already doing the work, and instead the program seeks to amplify the efforts of existing networks.

“When we look at current conversations, particularly those surrounding movements like Black Lives Matter and Land Back, there is often a stated need to ‘fix.’ It’s important to understand that we might not necessarily have the tools to fix because in a lot of cases, we are the ones who caused the harm,” Mariam reflects. “How do we find the people who have already invested years and even generations of time figuring out how to navigate this space? How do we enable them to continue doing this work and provide resources for them to thrive, even if that’s just financially?”

Supporting this work often means listening, asking reflective questions and making space rather than claiming to have the answers, all of which are key to Mariam’s style of coaching: “I want to walk alongside entrepreneurs rather than in front of them.”

Addressing gaps in the sector also means extending outreach beyond immediate networks and communities. Mariam joins our team, in part, to develop relationships with communities outside of Pillar’s well-established network. She recognizes that the communities WOSEN hopes to reach may have hesitations about engaging with programming for a multitude of reasons, including the absence of an pre-established relationship or the fact that WOSEN is government-funded.

“Building trust is a slow process. This work will not happen through a mass call-out. If we haven’t built these relationships already, we can’t rush them just to be able to hit certain target demographics,” Mariam stresses. “If we have yet to foster trust, it’s something we need to reflect on, not push.” She plans to extend support through personalized outreach, meeting people where they are and connecting with community members who do have these relationships.

When I ask Mariam which of the WOSEN design principles resonates most with her at the moment, it’s not surprising to hear that she lands on a human-centered approach; leaning into this principle eight years ago led her on her own path here. She is quick to note that being human-centered goes hand in hand with the decolonized principle.

“If you think about ‘grind culture’ and common perspectives on sucess, it’s often framed through a very white supremacist and colonial lens. The focus is on attaining a certain title, salary or level of prestige/status,” Mariam explores. “I want to honour the fact that people have financial milestones for their business while also encouraging them to reflect on what motivates them. Progress for the sake of progress feels very colonial. When we switch the framework to a human-centred approach, I believe we decolonize it.”

This work is a far cry from medical school. Mariam credits London’s small business community for first introducing her to the world of social enterprise. She had every intention of moving away from London until her involvement with The Root Cellar, a social enterprise and restaurant focused on food sustainability and farming, became a gateway to community. Now, Mariam wants to be that bridge for other social entrepreneurs.

“So many of my friends who are business owners are these incredible women who are doing really beautiful things and are really mindful about their impact. When the opportunity came up to provide support and coaching on the way you can operate a business about your purpose, I was thrilled,” Mariam smiles. “Knowing that WOSEN is trying to shift paradigms and connect with communities that are underrepresented and underserved, I wanted to be part of that change.”