A Call for Directors 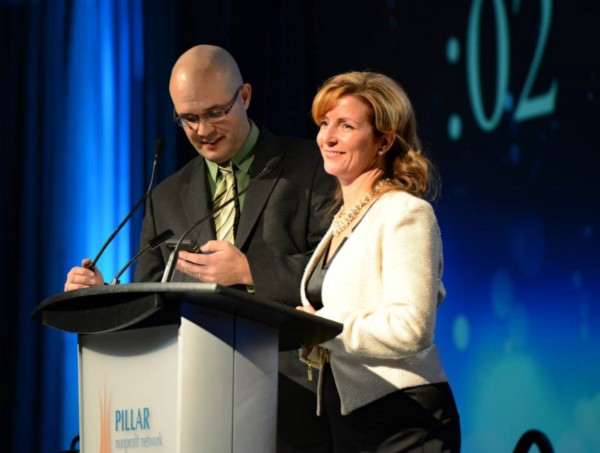 You could look at Pillar Nonprofit Network’s call for directors as an opportunity to increase your resume or social capital. I will not deny that these are potential outcomes from your involvement with Pillar.

The case for getting involved with Pillar is a bit more challenging to understand than that of some of the other charities that exist. We measure our success by other organizations being able to fulfill their missions and create more impact. Once you understand the importance of Pillar, it’s hard to not come to love the organization.

Please allow me to expand on the other benefits you would gain from considering a role on Pillar’s board. My Pillar journey began in 2007, shortly after some financial and identity challenges had the board change the name from “Pillar — Voluntary Sector Network” to “Pillar Nonprofit Network.” Pillar had just hired Michelle Baldwin to be its executive director.

I came into the organization as a person who valued operational thinking and measured the value of an organization or the individuals in my life as their ability to get things done. I saw little value in strategic plans, mission statements, values, and all that other “garbage.” I shied away from anything strategic as it did not hold my head or my heart — I worked quite happily on specific deliverables, never paying attention to how they fit into the bigger picture.

This operational thinker ran smack-dab into the Pillar strategic planning process in 2007. The organization set several challenging goals — to tell the stories of the nonprofit sector, to double or triple the membership so that we were truly representative of the sector, and to increase local investment in the nonprofit sector through professional development.

The plan was met with some resistance and I admit that I was skeptical — after all, an organization going from 80 members after 6 years of existence to 160–240 in three years seemed unrealistic. The energy of our board of directors and the passion of our executive director led us to believe it could be done.

I witnessed an amazing transformation in the organization as a result of that strategic planning process. The effort put forward into telling stories manifested itself as an improved Pillar Community Innovation Awards — an event that started with 40 people at an annual general meeting to over 800 people at London Convention Centre.

We were able to get our local government on side with some core funding to support Pillar’s professional development initiatives that help all nonprofits and charities to better their people and themselves.

The increase in membership was one of the most challenging goals that required both board, volunteer and staff commitment. We had identified that roughly 400 nonprofits and charities in the region were a good fit to join Pillar. I recall joining a task force along with Johnny Fansher and Greg Matthison that called on local membership prospects to encourage them to join our organization as members.

Each week the tally grew. At the end of the three-year plan, Pillar had secured over 240 members. We had gone from an important voice in the community to having a significant number of members that we could help develop, train and advocate on behalf of in our community.

In 2010 Pillar focused on community collaboration which led to the Community Collaboration Forums. We concentrated on collective impact and what we can do together as members of the three pillars of the community: the business, nonprofit and public sectors.

Out of these collaboration meetings the idea for a shared space formed in the collective community’s consciousness. Pillar realized that it was in the best position to carry the initiative forward. We began the process of finding a building and landed on the purchase of 201 King Street — the future home of Innovation Works.

The importance of strategic planning and learning how to make these plans come to life is one of many examples of free personal professional development I have received as a volunteer with Pillar. The list is quite extensive. In a short summary, here is what I feel I’ve gained during my time volunteering with Pillar:

In addition to the amazing things I’ve learned, here are other benefits I’ve received from my volunteer time:

When I complete my final year on the board of Pillar it will be the end of a 9-year term. I can honestly say that I believe that I received the lion’s share of the benefit from that time. I’m a better community member, better human being, better company manager and stronger strategic thinker precisely because of the time I spent in that volunteer chair.

Pillar, comprised of Michelle Baldwin, its talented staff, my fellow peers on its board and all its members have my respect and gratitude for allowing me to serve.

So, yes, you could build your resume and build your social capital — or you could end up like me and change the quality of your life and those around you.

Now it’s your turn to find out — sign up here: http://www.pillarnonprofit.ca/volunteer/call-board-directors-nominations/pillar-nonprofit-network-0